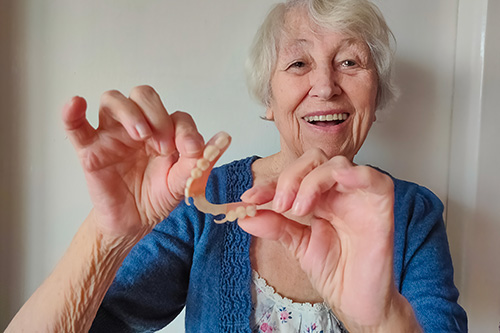 Tooth loss is a risk factor for cognitive impairment and dementia – and with each tooth lost, the risk of cognitive decline grows, according to a new analysis led by researchers at NYU Rory Meyers College of Nursing and published in JAMDA: The Journal of Post-Acute and Long-Term Care Medicine. However, this risk was not significant among older adults with dentures, suggesting that timely treatment with dentures may protect against cognitive decline.

Prior studies show a connection between tooth loss and diminished cognitive function, with researchers offering a range of possible explanations for this link. For one, missing teeth can lead to difficulty chewing, which may contribute to nutritional deficiencies or promote changes in the brain. A growing body of research also points to a connection between gum disease – a leading cause of tooth loss – and cognitive decline. In addition, tooth loss may reflect life-long socioeconomic disadvantages that are also risk factors for cognitive decline.

Dean’s Professor in Global Health at NYU Rory Meyers College of Nursing, Bei Wu and her colleagues conducted a meta-analysis using longitudinal studies of tooth loss and cognitive impairment. The 14 studies included in their analysis involved a total of 34,074 adults and 4,689 cases of people with diminished cognitive function.